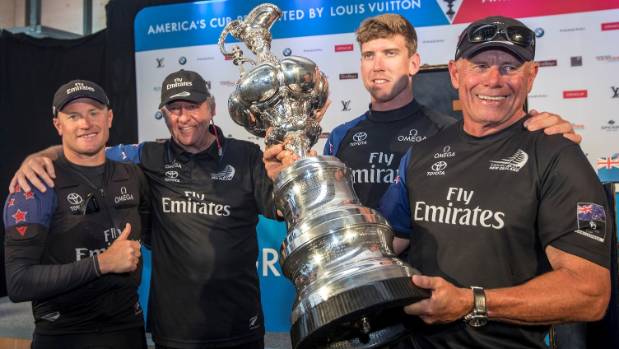 The oldest trophy event in international sailing was obtained by the Emirates team New Zealand. They claimed a win of a score of 7-1 against the US trophy defenders in the waters of Bermuda’s Great Sound. The achievements were several of the team, including the fact that Peter Burling, the team’s youngest helmsman also secured the biggest prize. The win was definitely a stunning one that was welcomed by the officials who were behind the organization of the New Zealand team. It was a feel good, boost for them that came in their election year. Hence, the economic benefits that will flow in would also be significant, similar to the filming of the series Lord of the Rings. END_OF_DOCUMENT_TOKEN_TO_BE_REPLACED

Cruising Yacht Club of Australia (CYCA) has announced the introduction of the Sydney Noumea Race in 2018.

The race has been reintroduced in the CYCA after the long break of 20 years. Information about the event is now available website of the club and it can be downloaded from there.

The race will be conducted and organized by CYCA in association with Cercle Nautique Caledonien (CNC). It will be a 1064 nautical mile race and will get started from Sydney Harbor on 2 June, 2018. The race is open to yachts of monohull that measures between 9 and 30.48 meters. It will also hold a cruising boat rally on the occasion. In addition to CYCA, Auckland, Melbourne and Brisbane sailing clubs are also taking part in races to Noumea in tandem along with the Noumea Race of Sydney. END_OF_DOCUMENT_TOKEN_TO_BE_REPLACED